Cyclists to have right of way – Dutch style roundabout to be built in Cambridge June 15, 2018 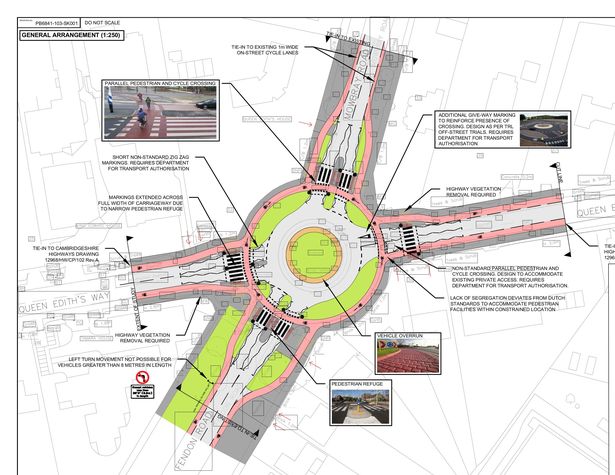 Funding has been granted to build the UK’S first Dutch roundabout. The new scheme is set to improve safety and will allow pedestrians and cyclists right of way over vehicles. Work on the Roundabout is set to begin in 2019 and is estimated to cost £800,000 in total, part of which has been granted by the government from £7million allocated for its 2018-19 Cycle City Ambition Safety programme, according to the Cambridge News.

Cambridge news also report that six other cities, including Bristol, Manchester, Norwich and Birmingham were also successful in securing funding for cycle infrastructure, which is great news for cyclists across these regions.

Whilst for many the scheme brings positive changes to Cambridge’s road network, some have outlined their concerns over the new style of roundabout. The Daily Mail has interviewed several Cambridgeshire motorists and it’s clear that not everyone is happy:

“Can’t wait for everyone (yes everyone) to get confused and the accidents to start happening. How about spending the money on road schemes that need it.” – Paul Howell

“Putting pedestrian crossings on these in Cambridge is loading the bullet into a gun. I hope when the accidents start building up, the city council will be willing to pay out as ultimately it will be their fault. The road networks in Cambridge are out dated and can not deal with the current and ever increasing flow. Better road networks should be a priority not further slowing it down and prioritising pedestrian and cycle ways” – Tony Stark

Cambridgeshire County Council’s chair of the economy and environment committee, Ian Bates, hopes the new scheme will encourage more cyclists on Cambridge’s roads in a bid to improve health and fitness and reduce pollution in the area.